Adolescent Sleep Requirements: What They Need and How to Help Learn why teens need so much sleep, what impacts the quality of their sleep, how sleep influences their behavior and growth, and in which ways parents can help

While the amount of sleep a person needs depends on many factors, from their workload and rigor of physical activity throughout the day, to their overall health and genetics, the amount and quality of sleep required per age group is somewhat standardized. It is common knowledge that adolescents need more sleep than older adults, due to the fact that until the early 20s, the body is still developing consistently. This cellular development requires extra sleep, as sleep is restorative for the body, providing it with time to focus solely on growing and changing rather than on the functions needed during consciousness.

Sleep is not only incredibly important for meeting growth milestones as a teenager, but, according to a leaflet released by the CDC, is also paramount in preventing “obesity, diabetes, injuries, poor mental health, and problems with attention and behavior.” Children who either shirk quality sleep or are prevented from receiving it are at a higher risk of developing each of these issues. Follow below for more information on what kind of and how much sleep teenagers need, as well as what can interfere with a night of quality sleep.

How Much Sleep Do Teens Really Need? 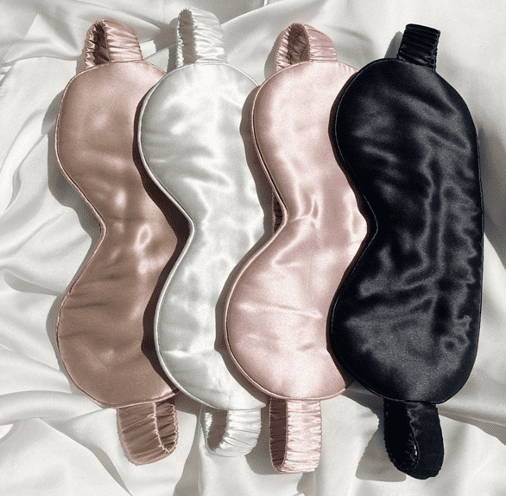 While a study by Loyola University Health System, published in Science Daily, considers between seven and nine hours adequate for adults (and between seven and eight hours adequate for seniors), teenagers frequently require more hours per night. Referencing the American Academy of Sleep Medicine, the CDC recommends that preteens (ages nine to twelve) receive between nine and twelve hours each night and teens (ages thirteen to eighteen) receive between eight and ten hours per night. Teenagers need more sleep than younger children (under nine years old) because, according to Dr. Michael Crocetti in the article “Teenagers and Sleep: How Much Sleep Is Enough?” for HopkinsMedicine.org, “‘teenagers are going through a second developmental stage of cognitive maturation,’” which requires additional resources from the body, making longer periods of reparative sleep necessary.

Teens’ ability to fall asleep and stay asleep is also often thrown off during the teenage years, explains Dr. Laura Sterni of Johns Hopkins. Because of the many changes teens are experiencing to their bodies and minds during this period, Dr. Stern, quoted in the article “Teenagers and Sleep: How Much Sleep Is Enough?,” notes that “teens experience a natural shift in circadian rhythm,’” which can make it difficult for them to fall asleep and wake up early.

This frequently leads to sleep deprivation because teens are unable to fall asleep before later hours (11 PM - 1 AM, for instance) but still must wake in the early hours of the morning (between 6 and 7 AM) to attend school. This lack of important quality sleep can lead to the issues mentioned above. Thankfully, there are a number of ways to help your teen get the quality sleep he or she needs in a way that is natural for his or her body. 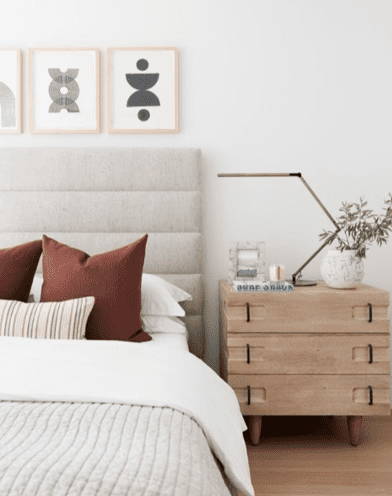 The Dangers of Persistent Low-Quality Sleep in Teens In his study “Aspects of Sleep Disorders in Children and Adolescents,” available through the NCBI’s website, Dr. Stores also notes that “persistent sleep disturbance can have harmful effects on mood, behavior, performance, social function, and, sometimes, physical health.” Dr. Stores continues on in “Aspects of Sleep Disorders in Children and Adolescents” to explain that “in adolescence, persistent loss of sleep can have a depressing effect and lead to the problems at home and at school.” Lack of quality sleep over time in adolescents can also hurt cognitive abilities, like those associated with memory, learning, concentrating at school and on homework, and in making decisions (related to their future, their social life, etc.).

Their ability to concentrate on schoolwork, especially reading and mathematics, can be harmed just as much as creative thinking associated with the arts and abstract thinking associated with technology. Not only is mental and psychological capacity hindered by persistent poor sleep, but according to Dr. Stores in “Aspects of Sleep Disorders” for the NCBI, “motor skills and reaction time can be impaired…[as] the production of growth hormone is closely linked to deep NREM sleep, [and] if sleep is seriously disrupted from an early age, physical growth may be affected.”

An inconsistent schedule can contribute to inconsistent quality of sleep. Teens require a predictable schedule in order to maintain and nurture their bodys’ circadian rhythm. Without a consistent schedule, teens may stay up late but be forced to wake up early during the school year due to social and work circumstances, but may sleep in late during the summer. This lack of consistency confuses the body and the brain, making it difficult for both to know when sleep is supposed to occur, leading to interrupted, low quality sleep over time.

While technology use affects everyone differently, it has been shown across the board to inhibit sleep when used before bed. Active use of technology, like that of video games, phone apps, surfing the web, and even texting, is considered to be more harmful to sleep than passive use like that of reading a book on a tablet or plugging in earphones to listen to music.
The article “Technology & Sleep,” published by the Sleep Health Foundation, explains that “sleep is indeed affected by technology use in the hour before bed…[with] late-night technology users report[ing] less satisfactory sleep more often than those not using technology before bed,” as well as drowsiness the next day, which may inhibit everyday activities like driving, studying, and interacting with peers. Not only does the use of technology harm the quality of sleep once a teen has dozed off, but it also tends to push back bedtimes into the later hours of the night because the teen’s attention is captured and the mind cannot be quieted. 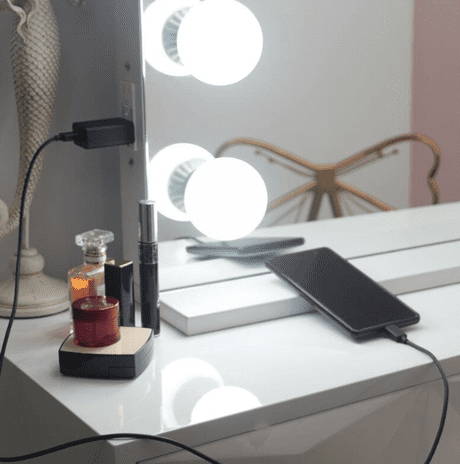 In his study “Aspects of Sleep Disorders in Children and Adolescents,” available through the NCBI’s website, Dr. Stores notes that “worries, anxiety, and depression are commonly quoted reasons for not being able to sleep at this age.” These problems can also lead to the use of “nicotine, alcohol, and caffeine-containing drinks, as well as illicit drugs,” which Dr. Stores notes in his study compound the existing issues that are hindering a teen’s ability to achieve quality sleep. While mood disorders can cause poor sleep, they can also be caused by poor sleep. As such, parents should consult with a doctor should their teen’s ability to sleep seem caused by or appear to result in anxiety or depression. 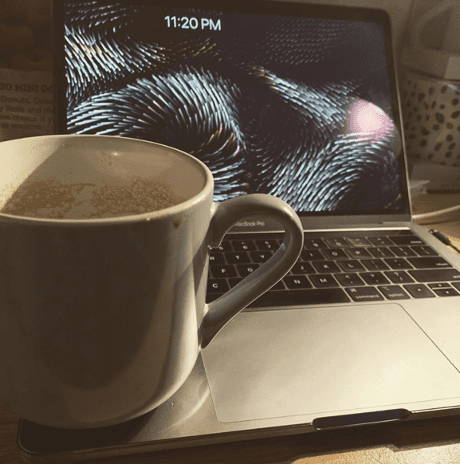 How to Ensure Quality Sleep for Teens 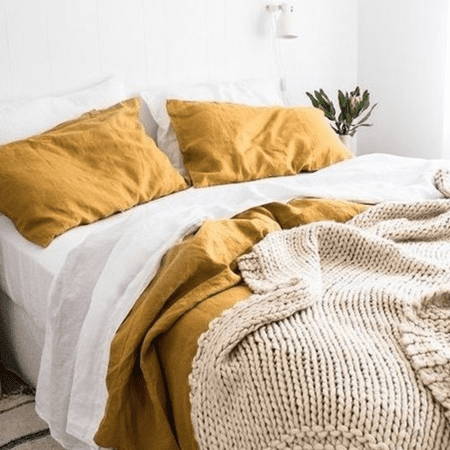 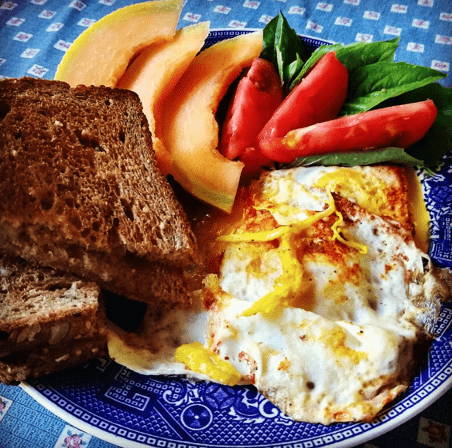 According to a study entitled “Aspects of sleep disorders in children and adolescents,” conducted and published by Dr. Gregory Stores of Oxford in the Dialogues of Clinical Neuroscience page of the NCBI’s website, “there are profound changes in sleep physiology during childhood and adolescence for which there is no real counterpart in adult life,” necessitating that we treat adolescent sleep with the gravity and flexibility it deserves. To protect and encourage quality sleep in teenagers, Johns Hopkins Medicine recommends in their leaflet “Teenagers and Sleep: How Much Sleep Is Enough?,“ to start off each day with exposure to the sun, as this will encourage the body and mind to properly align their circadian rhythm.

Parents should also encourage teens to assess how they feel when they have had enough sleep and when they have not, acknowledging how much easier it was to concentrate in class or how much more fun they had with their friends when they could more easily connect. Surprisingly, Johns Hopkins also recommends allowing teens to take short naps in the late afternoon after school. This compromise will prevent teens from feeling the need to sleep in without delaying nighttime sleep. Teens should also maintain a consistent schedule across seasons, falling asleep and waking up around the same time each day, regardless of whether school or summer is in session. Parents should also try to rid their teen’s bedroom of potential allergens as bedroom allergies are very common and can impact sleep. Try to use hypoallergenic bedroom curtains and an air purifier to eliminate dust and other allergies in the bedroom.

By acknowledging the importance of sleep for the bodies and minds of teenagers, understanding that the struggle to achieve quality sleep is natural, and helping teens manage their schedules effectively, parents can ensure their kids receive quality sleep each night.

On all orders over $30.
Express delivery available.

Try It For a Night

Are you in search of the perfect sleep?
The luxurious Perfect Sleep range sheets feel divine to the touch while keeping you at the perfect temperature all night long.
Try them for one night and you'll understand why we 100% guarantee that they will be the "most amazing sheets you every try".

What do Olive + Crate Customers Have to Say?

Feels like heaven, soft and silky sheets: I can’t believe how comfortable these sheets are. The moment I put them on I could feel the difference, they stop you getting that hot and clammy feeling and feel really fresh. It's early days yet, but so far they seem amazingly comfortable.

Better than Westelm Tencel Sheets: Westelm, eat your heart out! The most silky soft sheets ever even after multiple washes. I have Tencel sheets from Westelm but these are better!!!

Amazing quality for a very reasonable price! Softer, cooler, better all around and significantly cheaper than a more expensive brand of bed sheets I previously owned. Definitely worth the money.

I think I finally found the softest smoothest sheets but time will tell! I am SUPER picky about my sheets and have spent sooooo much money going through so many different brands and materials- cotton, Egyptian cotton, microfiber, bamboo, polyester, flannel, etc. I previously ordered a tencel sheet set online from Macy’s, (on sale for $200). They went back to the store the same day they arrived as these are a much better price! The envelope pillowcases are a great touch too. Washing directions state delicate in cold water and dry on low heat. These seem a bit thin but I think that is normal for tencel so will see how they hold up and update review later if any issues. If these hold up I may be buying these for Christmas gifts.

Enter your email to join O+C Friends and get 10% off your first order along with VIP access to exclusive sales, first choice on new product launches, competitions and upcoming Olive + Crate events to help you create your perfect home sanctuary.

Return to top
Join the Olive + Crate Family Phone: +1 (949) 577 6615 The passion we share for creating the perfect home sanctuary for our own family became Olive + Crate when we realized that all our friends were looking to create a calm, oasis of energy in their homes as well. We hope you also find ways to create your own moments of calm at home too!
Warmly,
Anne & David, O+C Founders